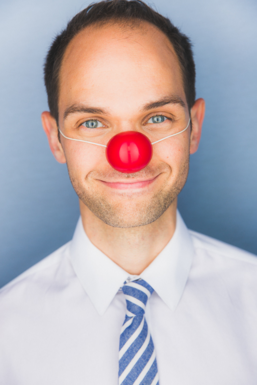 Most recently, from 2019 - 2020 carter appeared in  Punchdrunk's  long running Production of sleep no More . He is a Helen Hayes Award Nominee for shakespeare theatre Compay's comedy of errors.  from 2013 - 2015, he and a commedia cohort created and developed, commedia dell'artichoke, a long running site specific commedia performance that Frances Black projects produced off-broadway in 2015.  Carter is currently working, creating, teaching and performing as a physical theatre artist in NYC and all over the country, via zoom.

After earning his mfa in acting from yale school of drama in 2009, Carter studied physical comedy for three years with christopher bayes, as a teaching apprentice at Juilliard and yale School of drama. he has since studied with Philippe Gaulier and many other brilliant clowns He's is currently on faculty at Pace University and new york university teaching clown, commedia and acting.  Carter also attended British American drama academy and holds HIS BFA IN DIRECTING FROM SOUTHERN METHODIST UNIVERSITY.